Update on The Music Truffler 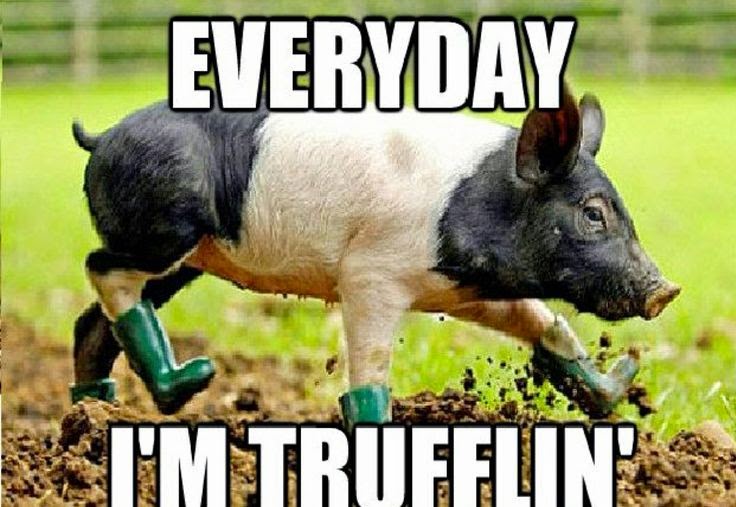 Well as it's been nearly 12 months since I last posted on this blog, I thought it was time to update it just in case any of you come across this and wonder what's going on.

Quite a few years ago I started this blog as an aside to my 'top secret' job of searching out new music to send to a radio station.  I was basically a new music scout, but that wasn't all.  I had a real passion for promoting new artists who might otherwise not get heard and at the time I felt the blog was the perfect platform where I could share their music and also write a little about them and my views on their music.

In the autumn of 2011 a brand new community radio station, Radio Clwyd, was set up in Ruthin where I live.  I went over to see how I could help, thinking that with my background and love of radio, there may be something I could do behind the scenes.  To cut a long story short I was persuaded by Station Manager Mark Jones to have a go at actually presenting a show.  The first one went out in November 2011.  I had always said I was most definitely a listener and not a presenter, but I found I actually enjoyed it, especially as it gave me another platform to promote new musical talent.

Initially I recorded my shows at the studios at the top of the Crown House building in Ruthin, but before long I was hooked and armed with Adobe Audition on my computer and my own microphone (a very thoughtful Christmas present!) I began to learn to create my own shows at home.

I also recorded live sessions for Radio Clwyd including Isaac Birchall, Queen Beats Jack, Gary Edward Jones, Robert Vincent, Sparrowhawks and I Fight Lions, to name a few.  And I recorded phone interviews with Zervas & Pepper, Bear's Den and two of my musical heroes - Colin Blunstone and Rod Argent from The Zombies.

Jump forward to 2014 - Sadly Radio Clwyd is no more but I now host The Music Truffler on 3 radio stations - Radio Deeside in Flitshire, Triangle Radio in The Forest of Dean and Quasar Radio - a soon to be launched international station.  The Music Truffler's show varies slightly on each one but the idea of the show remains the same - to promote the best new music around from signed and unsigned artists; if the music is good, I will play it.

I haven't deserted Ruthin altogether - I also help run a new venture there called Live @ The Centre where we host monthly new music events where local (and not so local) musicians can come and play in front of a live audience.  I interview the artists and the shows go out on Radio Deeside.

So that's where I am at the moment.  My Radio Deeside programme also goes onto Mixcloud each Monday morning so that those who can't listen in when it goes out can catch it at a time to suit them, and I have my own Facebook and Twitter pages. The links to all of these, including the radio staitons, are below.  So if you are interested in listening in or seeing what I'm up to, or if you are a new band or artist who would like to be considered for The Music Truffler, please feel free to drop me a line.

Alice Laybourne - When You Go 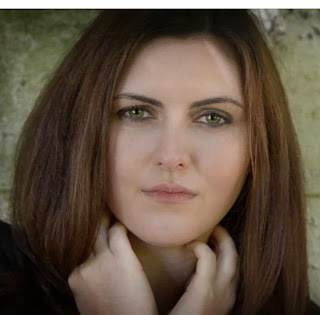 I don't know a huge amount about Alice Laybourne.  But she has a new video out for her song When You Go which was shot in Allterton Towers in Liverpool.

Alice herself is from Liverpool and is a singer-songwriter who draws her inspirations from Carole King, Kate Bush, Katy Perry, Taylor Swift, Natasha Bedingfield, Ellie Goulding, Lily Allen and Gabrielle Aplin.

With no website yet and just this song on Soundcloud I will be interested to see what happens over the next 12 months.  She is attracting attention with this song (17,433 and counting) and rightly so, as her voice is beautiful and the song is stunning.  Check out her Facebook page and she is also on Twitter, if that's your thing.
Posted by The Music Truffler at 04:17 2 comments: 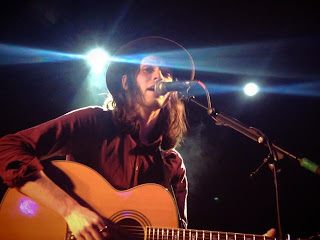 James Bay is a singer-songwriter from Hitchen who has just released an ep called Dark of the Morning of which Move Together is the lead single.

It's a beautiful song which builds slowly to truly showcase some heartfelt and stunning vocals from James.  Best of all, you can download this ep for free by visiting his Noisetrade page.  So what have you got to lose?

James has been added to the line up at this year's V Festival and will be on the Futures Stage on Saturday 17th August at Weston Park and Sunday 18th August at Hylands Park.  He has opened for Rae Morris across the UK and has also recently played some dates in America to promote this EP.

His heroes are Carole King, Crosby, Stills & Nash, Jackson Browne and James Taylor - and with heroes like that he can't go wrong.  On his website it states "His raw expressions and graveled voice work in a magical unison that captivates audiences and strips pop melodies back to a skeletal efficiency." 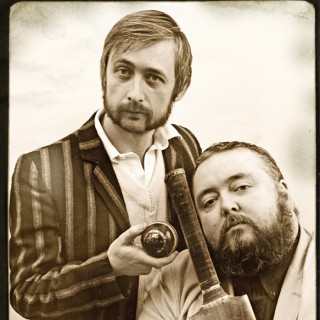 So what on earth could convince me to put a track about cricket (which in turn comes from a whole concept album about cricket!) onto The Music Truffler blog?  Well, the fact that Neil Hannon is involved helps a lot... also the fact that it sounds very like the Electric Light Orchestra in style... oh go on then!

So here we have The Duckworth Lewis Method with Third Man which comes from their new album Sticky Wickets.  Watch the video here

The band consist of Neil Hannon (from The Divine Comedy) and Thomas Walsh from Pugwash.  Believe it or not, this is their 2nd cricket inspired album, their first was released in 2009.  The name incidentally comes from a formula which is applied to get the results from a rain-affected game.  There are plenty of guests on the album - Phill Jupitus, Alexander Armstrong, Matt Berry, Daniel Radcliffe (on The Third Man), Stephen Fry - and you don't need to know a single thing about cricket to enjoy it.

Gabriel Kelley - Only Thing To Do 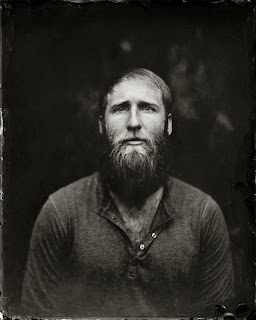 OK, so this isn't a new song.  But it is new to me.  And the rules of Music Truffler blog are that if they aren't new, they should be songs that are rarely heard.  This track by Nashville based and Georgia raised Gabriel Kelly - The Only Thing To Do - comes from his debut album, It Don't Come Easy.  And it certainly didn't for Kelley, who had to raise the majority of the funds ($26,000) with a Kickstarter campaign.  But he was stubborn and committed and grafted for 6 years to get it exactly how he wanted it.

Even thought he might be relatively unknown over here in the UK, he has received some good write ups in the music press and on line.  His work has been described as having the ability to blend "Harvest era Neil Young songcraft with a modern day approach to mine his own emotions in the creation of powerful songs."

Over in the UK during June, and playing around London, most of us sadly won't have had the opportunity to catch him, and I have no idea when he will be coming over gain.  But the album is certainly worth checking out... as is the wonderful video to Only Thing To Do.

As from Music Truffler show number 29, you will be able to catch up with all shows on Mixcloud, as well as other Radio Clwyd shows too, including the LIVELounge Sessions.  I will be listing all the songs with each show on there, so there is no real reason to continue listing them on this blog as well.  Instead, I will return to using this blog solely as a place to highlight new artists and songs I hear.

Here is the link to the Radio Clwyd Mixcloud page:

Here are the tracks that were played during the week starting Tuesday 11th June 2013:

If you are a new band or musician and you would like to be featured in The Music Truffler show, please get in touch with me via this blog or through the Radio Clwyd website, Facebook or Twitter page.
Posted by The Music Truffler at 05:54 No comments: 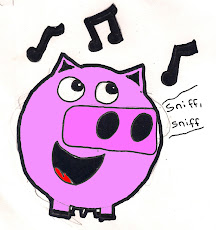 The Music Truffler
Mostly unearthing good new music of all genres but also showcasing unfairly ignored oldies - things you might have missed first time round or have forgotten about.